Software Quality assurance has unique methods of checking the whether the methods used in developing software’s are of quality and procedure of complaints handling are implemented. It is reached through the use of well laid terms and conditions, inclusive of tools andprocedures for controlling and ensuring quality and accountably of software’s. This shows latest researches and how it can work within stated guidelines. When papers are accepted they cover a wide range of ideas in the research work, including factors such as analysis of data and risk control. They include: 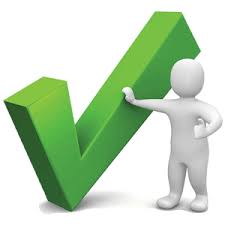 Unit Testing- It is the tiniest scale of conducting tests and certain functions. It is carried out by programmer and it requires professional know how of software program. It is not easy to be carried out unless its uses have a unique made design with secure code; it requires developing procedures and harness.

Incremental Integration testing- occasionally testing of application when new features are added and also needs various details of features intend functions to be fully independent to work on its own before all tools of the system are completed by programmers.

Integration testing- Testing parts are place together in parts of a featured application to make sure they function as one perfectly. This kind of procedure is perfect for customers and many systems.

Functional Testing- This type of procedure is directed towards certain functional importance of an application. This means that developers should check well works of code before making it public.

System Testing- It encompasses all parts of a designed program system.

End to end Testing- The end result of this test takes into account main applications environment in situations that act as real world applications, such as communicating various databases using various networkings of communication or using hardware features if considered appropriate.

Acceptance Testing: It is the final test carried out before handing out a system to customers. It is perfumed to ensure that developed software’s meet client’s preferences. They come in two forms whereby one is done by workers in development department popularly referred to as Alpha testing and another one done by clients referred to as external accepting test. If it happens to be done by intended clients, it s called external acceptance testing. In case it is carried out by end users it is referred to as user acceptance testing.

Software engineering is very important in software quality assurance, with major expansions of sophistication levels and difficulties of latest features and systems, money invested each year by financial organizations on coming up with them, testing is known to be popular in most software engineering companies have discovered important details to achieving short procedures is focusing on the processes of development so that work can be done in the correct format in the first trials.